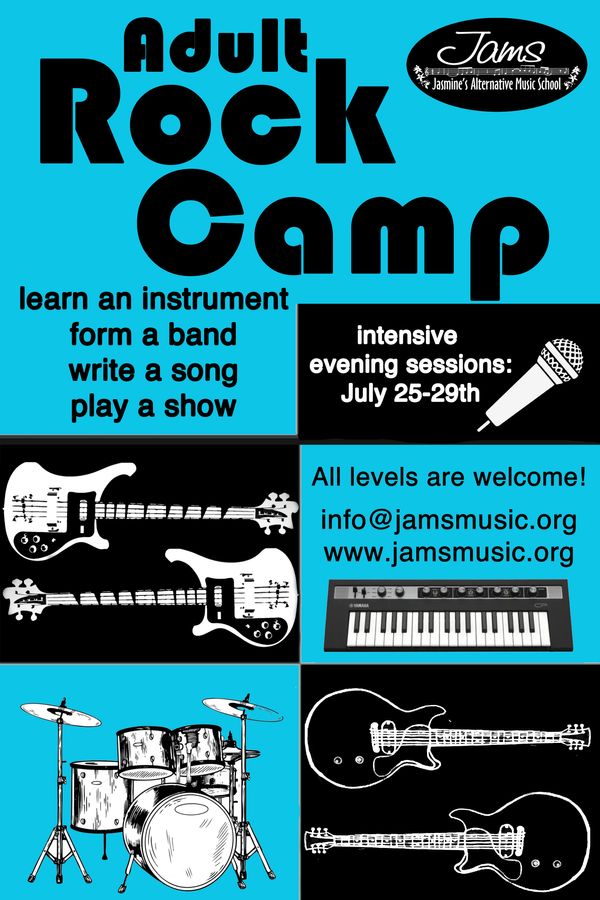 Rock Camp for Adults: Learn how to play music in a band while doing something good for the community – 100% of the proceeds from this camp go to support scholarships for our summer youth rock camp and other community programs! Learn an instrument, write an original song with your band and play a show. The program culminates in a concert at SoHO on Friday, July 29th with special guests, raffles and more. If it has always been your dream to play music with others, to improve your music skills and write a song, to learn a new instrument, or to just get started with music, now is your chance. It's never to late to learn...and it just might change your life. Our instructors are professional musicians who have been teaching music to all ages for many years. The program runs from July 25th through the 29th – Monday through Thursday from 5pm to 9pm and Friday from 1pm to 4pm with a final concert on Friday evening, with participants playing at SoHO.

Sign up now, as spaces are limited. Cost: $975 This is a fundraiser to support our programming for youth. 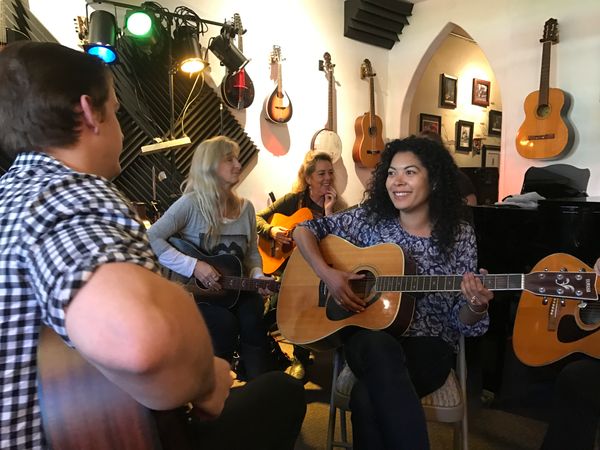 Summer Rock Camp for Youth: JAMS Summer Rock Camp program offers a dynamic rock and roll experience. Explore all of the instruments at JAMS. Write your own song with your band. Rehearse with a band for a performance on Friday! The camp runs from August 1st through the 5th from 9am to 2pm. The final day (Friday) will include a concert.

We take a break for snacks and drinks (which will be provided) every day. Bring your own instrument if you like. If you don’t have one, you are welcome to borrow one of ours. No musical experience is necessary, but all levels are welcome. Come with your ideas and inspiration. Leave with your very own band and song!

Sign up now, as spaces are limited. Ages 8 to 18. Cost: $395   Scholarships are available, and we will do our best to accommodate everyone's needs. 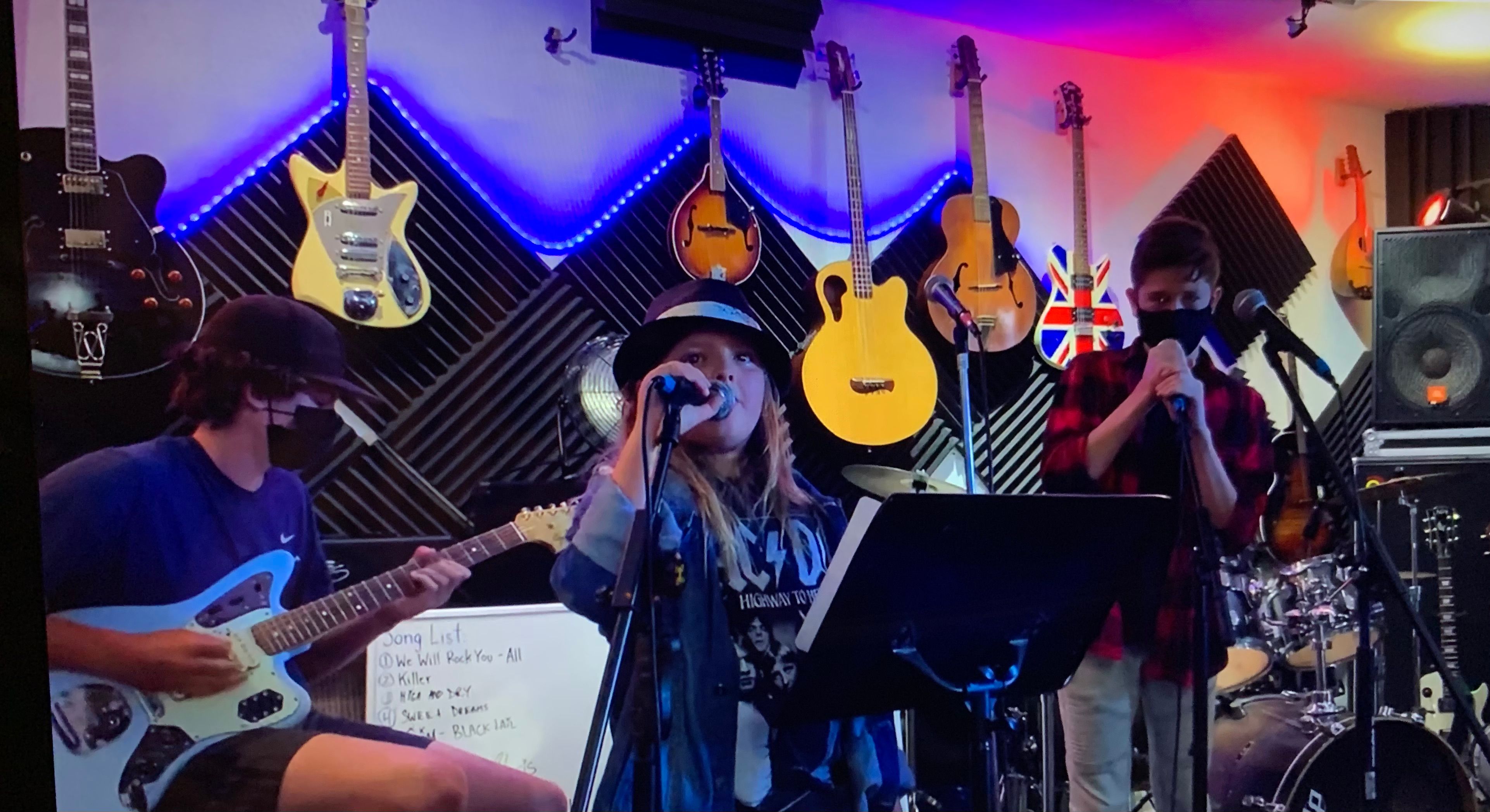 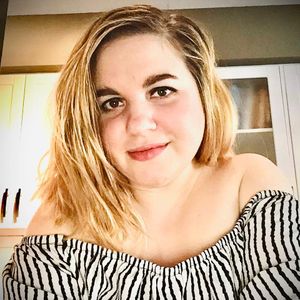 The product of a musical family spanning many generations, Jenna Earle was immersed in the music business through her grandfather, Eddie Graf, a talented arranger, composer and musician. By the time she was 11, She appeared as a vocalist on a Juno-nominated album by her uncle, Lenny Graf. Jenna's music education was furthered by watching late-night jam sessions at downtown jazz clubs and by attending Selkirk College, where she studied guitar and composition.

In her current project, Space Queen – a power trio that plays heavy psychedelic rock with 3 part vocal harmonies, Jenna plays guitar, sings and writes songs. She also released a solo album, and played with a band for live shows under the moniker Ghostess.

The Ghostess E.P. was produced by Bill Bell (Justin Nozuka, Jason Mraz), and was released on Authentik Artists. One of the tracks was featured on “The Protector” – a TV show on Lifetime TV network in the U.S., Canada and Australia. Several other tracks from the EP were used in MTV's The Real World and the Bad Girls Club. Her song was also featured in a promo video by Etnies.

Some notable projects Jenna has been involved in, are singing back up vocals for Jean Michele Byron's (former lead singer of TOTO) most recent album, “10 10 Paradigms”, singing back up vocals for metal project Trailight's album Primitive Mountain, featuring members of the Devin Townsend project, and Strapping Young Lad, and singing vocals on Heavy Prog trio Molten Lava’s track. She contributed vocals and slide guitar in Kathy Frank's "Blues Through The Ages" revue. She co-wrote songs with artists (Kathy Frank, Renee Liska) to record for their albums.

Jenna also enjoys instructing on guitar/Ukulele/bass/vocals/keys, nearly every style including rock, blues and jazz. She has over 18 years of teaching experience, Her teaching style is based around encouraging students to learn songs by artists that they like, which fosters an interest in practising. Through their favourite songs, and supplemented material, she introduces and builds upon playing techniques. Jenna and her bandmates in Space Queen have developed and taught several rock camps and rock programs for children and adults. 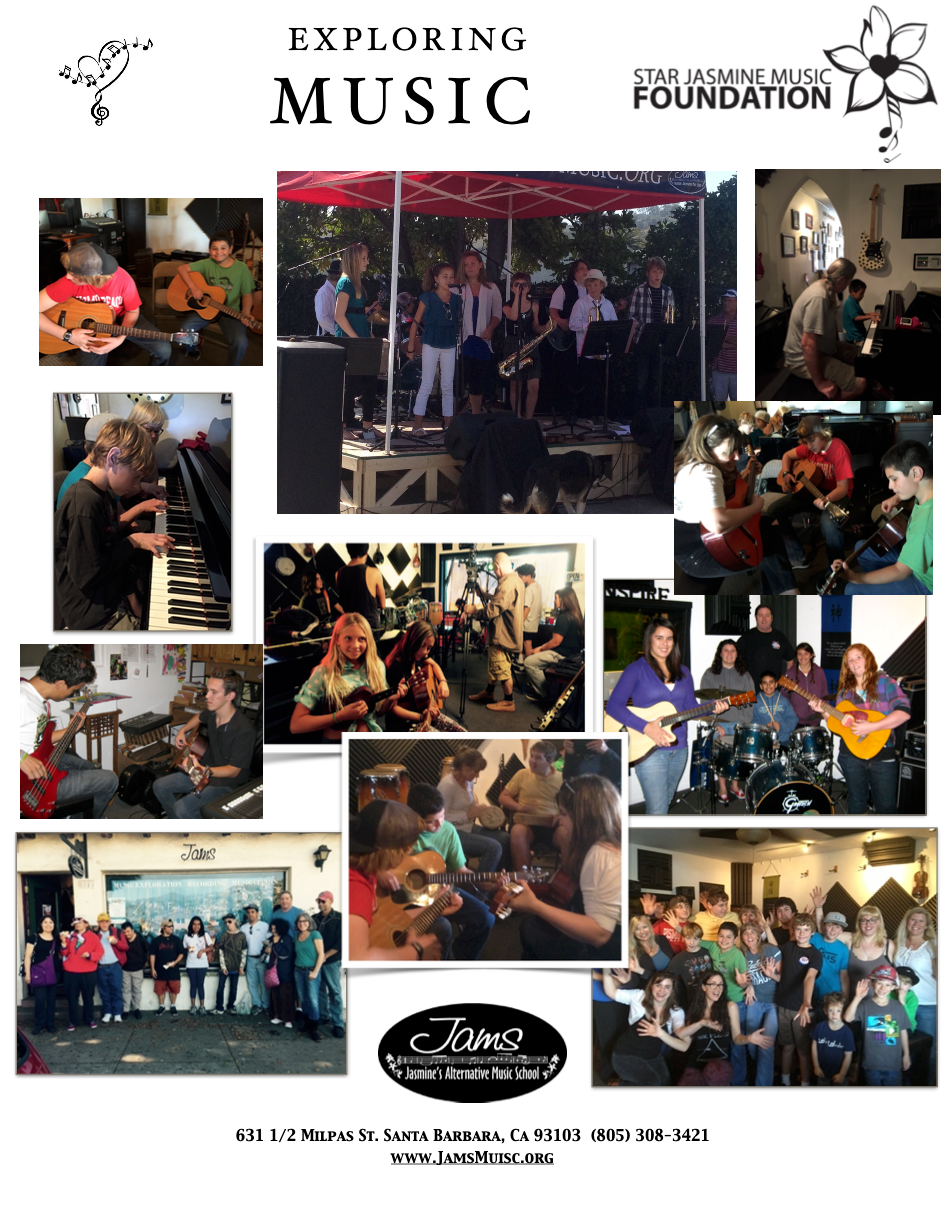